Posted by authorssmith on April 25, 2017 in Seed Savers Series, Uncategorized 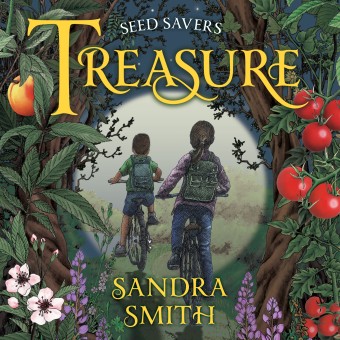 Today it is my pleasure to introduce you to Julia Farmer, the narrator for Treasure’s audiobook. Julia is based in Chicago and has narrated over twenty audiobooks through Actors Audio and Publishing / Cerny American Creative. She also lends her voice to television and radio commercials and is the voice of Sarita in the Walking Dead: Season 2 video game.

Q: Julia, I’m very excited to have you be the voice for Treasure. How did you get started as a voice artist?

A:  Thank you, Sandy!  I grew up doing theater and writing, and have always been an avid video game fan as it brings both cinema and storytelling together in a truly immersive experience for the player/audience.  Looking into the video game industry, I had an inkling that voice over might be for me, so I took a few workshops in Chicago.  It was in one of these workshops that I met the owner of the studio we were using, JoBe Cerny, best known as the voice of the Pillsbury Doughboy.  He saw potential in me, helped me produce a demo, and walked me into an agency where I was signed right away.  I couldn’t have imagined that things would happen so quickly — and a couple years later my big dream came true when I got an actual video game role, as Sarita in The Walking Dead: Season 2.

Q: That’s so exciting! Of the projects you do–voice over, video characters, audiobooks–which do you find most challenging?

A:  Each type of gig has its own challenges.  With commercials, you’re most often working within a very limited time frame – 15, 30, or 60 seconds – for maximal effect.  The clients are extremely particular about wording and nuance, and getting all of the copy to fit within the length of the commercial.  You have to be able to take direction and adjust on the fly.  In the case of video games, where scripts are closely guarded, you are usually only allowed to see your own lines and maybe a few others before or after for context – it’s like driving through a fog – and it’s up to the director to describe the situation and get the best performance out of you.  Then there are the long sessions recording various sound effects – running, fighting, crying, even screaming, which can be very taxing, vocally.
Speaking of long vocal sessions – how about them audiobooks?  Reading aloud for hours upon hours a day definitely requires vocal endurance.  At the same time, you have to make sure that you’re keeping your read fresh so that the listeners stay engaged, and that you keep all of your character voices distinct and consistent, across ages, accents, and genders (having to do multiple male voices within one book is particularly a challenge).

Q: Speaking of multiple characters, how do you decide the way to make each voice distinct, or is it that important? How do you keep the voices straight?

A: My producers and I have talked about this often.  With sound effects and ensemble casts, any novel can be turned into a theatrical radio drama – but when an audiobook is 7-plus hours long, it can be exhausting for the listener to keep up (compare that to epic films stretching to 3 or 4 hours, or watching a film trilogy or tv show in a marathon – even if you break it up into sessions, it’s still a bit of an ordeal).  It’s my belief that audiobooks are more pleasant to listen to when the narration and characters are modulated in order to give the listener’s imagination room to stretch and breathe.  Also, if they’ve already read the book, they’re sure to have their own ideas of what the characters sound like, so I do my best not to push too hard in any one direction.  I’ll try to make each character distinct to a certain degree in tone, but it’s mostly a matter of attitude.  Keeping the voices straight *can* be difficult, but so long as I can hook into the right attitude for each character, it’s easier to switch between them.

A:  My producers and I are always keeping track of ACX for any projects that look fun and interesting.  One of the producers spotted Treasure and brought it to my attention.  Young adult fiction is a favorite of mine, but what makes Treasure extra special is the educational focus.  I’m a foodie who lives in the city, and I know how removed we can get from the food we eat – where it comes from and how it’s produced.  We’ve got an area in our local zoo dedicated to farm animals and farm life because so many urban kids, during their youth, may otherwise have no way of obtaining any tangible experience of farm life.  That’s a very curious thing to me.  I also work with a volunteer organization that partners with our local organic city farm, allowing folks to come in and help with weeding, harvesting, and bundling crops, and tending to egg-laying chickens.  The produce is sold to various restaurants in the area, and at an on-site market stand to members of the community who may not be able to purchase fresh organic produce (or at such a variety) through other stores.  It’s been a wonderful experience for me and I’ve become keenly interested in the idea of urban agriculture.  Long story short: Treasure has an important story to tell, and tells it in a way that is exciting and empowering to young people — I was (and am) very excited about the series!

Q: Thanks, Julia! You’ve done a fantastic job. I’m sure it helps when the narrator feels a connection to the book they’re narrating. Aside from YA fiction being a favorite, what other genres do you enjoy narrating? Is there something you look for?

A:  I am a huge mystery and espionage buff!  Sherlock Holmes, Hercule Poirot (Agatha Christie’s anti-Sherlock), anything by John Le Carre…  I wish there were more great female detectives available to narrate.  Other than that, I’m all about sci-fi, fantasy, and young adult books with complex characters striving to become more than who they are at the outset.  I want to read about everyday people becoming heroes!

Q: What is your advice for someone who wants to become an audiobook narrator?

A:  Read out loud!  Whatever you’re reading: a web article, the news, a novel, etc. — read it out loud, pay attention to when your energy starts to flag or your tone goes flat or you slur words or stumble over the tongue-twisters.  Build up your vocal endurance.  Record yourself and listen at another time when your ears are fresh.  Look for workshops in your area, or perhaps online, so you can get feedback from others.  Beyond that, build relationships with local audio engineers and studios who can record you with high-quality equipment.  It will give you a professional edge that a lot of narrators starting from home just won’t have.  Oh, and get some good sleep and stay hydrated!  As much as I love my coffee with cream – I have to advise keeping away from the caffeine and dairy when you’re going on-mic because it mucks up your voice.

Q: That’s great advice. Do you have advice for authors seeking narrators?

A:  With the internet, it’s so easy for anyone to get out there – as narrators and as authors.  With such an in-flux of people, it can be difficult to find real quality.  A narrator should be able to offer numerous samples of their work to showcase their strengths and their versatility.  I also support professional sound – the greatest voice in the world still won’t cut it if the book is recorded in a noisy environment, at inconsistent or inadequate sound levels, with sloppy editing.  It should be seamless, so the focus remains anchored firmly in the story being told.  Make sure the narrator has acting chops, and access to professional-level audio mastering.

*Bonus Question: What is your favorite flavor of ice cream?

A: Can I claim spumoni even though it’s a three-in-one?  I am always on the look-out for a true pistachio custard, along with great real cherry and chocolate scoops.  It’s such a luxury!

Julia and I have recently finished working together on Treasure. For me, at least, it’s been a great experience. Treasure received many terrific auditions. I chose Julia because of her youthful voice, excellent pacing, backlog of work, and what I believed would be her ability for versatility. Also because the recording studio offered quality sound. 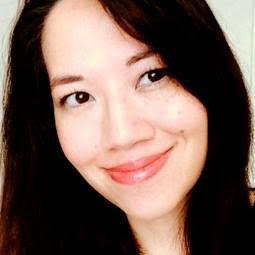 DON’T FORGET TO DOWNLOAD YOUR COPY OF TREASURE, THE AUDIOBOOK HERE! 🙂