Does a Book Series Have to be Read in Order?

I would argue “no.” Case in point: prequels. Or one better–-is there ever really a beginning? (Or an ending for that matter?)

What about those books that are told out of order (I’m thinking of Jodi Picoult’s first book, Songs of the Humpback Whale)? Or a series written out of order such as the Chronicles of Narnia? Maybe it just depends on the series.

I’ve been pondering this recently in relation to my own book series. When I book toured with the first three books in my five book series (Seed Savers), some people thought it necessary to begin with the first book. Others asked if the books “needed” to be read in order, and still others asked my opinion on which book to begin.

Here’s the thing with the first three Seed Savers books: book one–Treasure— is written for a slightly younger audience so I suggest the younger kids start there. Book two–Lily— is slightly older, and book three–Heirloom–even more so since there’s more politics. Adult readers can easily start with book 3 (Star Wars reference inserted here).

When I have the chance to talk with people personally I also explain that as a writer I like to try out different techniques. Book one is told in third person point of view, book two in first person, book three with dual storylines, dual POV. Sometimes readers have a preference. Enough backstory is given in each book to jump right in without being lost. I firmly believe you can start reading the Seed Savers series with any of the three books. (There are two more books before the series is complete; it is not a trilogy.)

This is what Portland Book Review said about Heirloom without having read the first two books:

“While it would be helpful to read the first two books prior to this one, it’s not strictly necessary.”

Another reader who read only book three (Heirloom) told me she felt like not knowing everything was good, it was very engaging that way–and that’s what I mean in my above comment about is there ever really a beginning?

Good stories tend to start somewhere in the middle. Her summation, “I think it [Seed Savers-Heirloom] works as a stand-alone just fine.”

Seed Savers-Heirloom is a futuristic book about reconnecting to our past. In it we have a young teen searching for a father she never knew. We have a brother and sister separated from their mother and living in Canada as gardening refugees. There is a long distance solar-powered motorcycle ride, young romance, and eccentric characters. There’s politics and fresh apple cider, the heat of summer and the cold of winter, poetry, food, and gardening. Check it out for yourself!

Let me know what you think–do you ever read a series out of order? 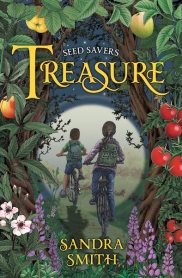 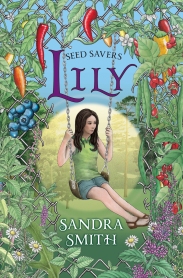 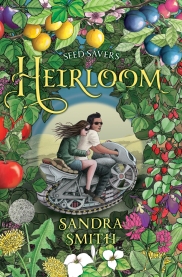 2 comments on “Does a Book Series Have to be Read in Order?”