The Uncomfortableness of Religion in Children’s Literature 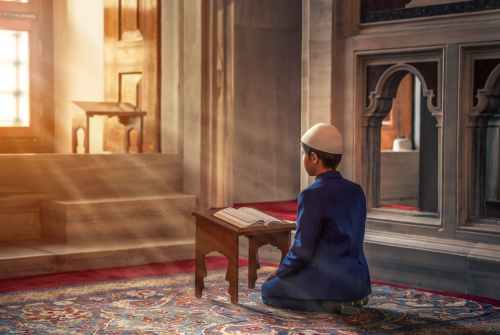 Photo by Abdullah Ghatasheh on Pexels.com

And so here we go again.

I hesitate to write about topics where we disagree and yet because of personal bias and discomfort combined with Amazon’s algorithm, one of those irksome little reviews has risen in the “top reviews” section for Seed Savers-Treasure. Never mind that it is over a year old and the ayes far outweigh the nays…it bothers me.

Here’s why: this particular review was left by a teacher who said they could not continue reading Treasure in their classroom because it had “the Bible” and “God” in it. Let me say that there are other reviews from teachers of classrooms who have used Treasure. Let me also say that one of the reasons this review has risen to the top is because someone commented on it. Amazon’s algorithm will add weight to reviews with comments. Here is what the commenter said:

“I don’t think it’s bad to talk about religion or God in class. Many of your diverse students probably believe. And we shouldn’t have to keep it a secret.” (left by a librarian)

Unfortunately, most people won’t even see the comment, because Amazon does not make it apparent that there is a comment. I only found the comment when I was wondering how this review floated to the top. Since then, however, because it is near the top, 14 people have marked it as “helpful.” ???? This is the second the reason I am bothered. All of these people must agree that it’s okay to ban a book with “the Bible” and “God” references. Whoa. In a culture that is becoming increasingly more divisive by the minute, educators are adding to that thought train? Should we also not read books where a character celebrates bar mitzvah, wears a hijab, or otherwise expresses a spiritual belief?

Or maybe the pushback would say minority religions are okay, but the so-called dominant religion needs to either be absent or be portrayed negatively. If that’s true, then why?

Going back to the comment left by the librarian, “I don’t think it’s bad to talk about religion or God in class. Many of your diverse students probably believe.” As an English as a Second Language teacher, this has been my experience. Most of my diverse students do believe in God and would most likely enjoy a tiny thread of religion in the story. THE BOOK REALLY IS ABOUT FOOD. I have an ESL teacher friend who actually sets her room up during Ramadan for kids to come in and pray during a set time when the room is empty.

Ok, enough griping. It irks me that this review has arisen to the top again. It tells nothing at all about the book, only that the teacher was uncomfortable with it. It irks me that it hurts sales. It irks me that people seem to be aghast when books are banned for one reason or another but then turn around and do the same thing. Please people, examine your attitudes. I haven’t seen much written from this perspective, but here’s an article from several years ago by School Library Journal.  I wrote initially about it here.

2 comments on “The Uncomfortableness of Religion in Children’s Literature”